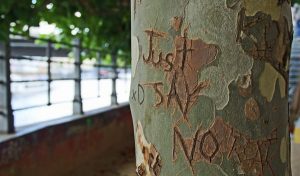 When you’re running your own service-based business it’s tempting to say ‘yes’ to absolutely everything and everyone. And hey, your accountant would possibly just leave it at that.

But I’m going to put my Mummy hat on now and tell you that, while staying in the black is pretty damned important, it shouldn’t come at the expense of these 3 things.

Just say “yes” — you can figure the details out later.

Whether you’ve been self-employed for months or decades you’re still going to find yourself in this sort of scenario now and again. A client or prospect has asked you to tackle something you’ve never done before. Shit!

What do you do now? If you’re a newbie you’re probably desperate for the cash, the experience, and the testimonial. You think you can probably figure it out with a little bit of help from dear old Google.

If you’re a veteran you’re probably champing at the bit to try something new, to take on a challenge, to push yourself.

And in the case of the veteran, it’s probably a safe enough bet. You have enough skill and experience behind you to know whether it’s a realistic ask and you’ve built up a network of mentors, associates and subcontractors whose skill sets are slightly different to yours — you know that if the shit hits the fan, you have plenty of people who’ll be able to help you deliver the goods.

But if you truly are winging it — if you’ve never even HEARD of what they’re asking you to do and you’re fairly new to the game — it’s probably not worth it.

When it comes to growing your business, reputation is EVERYTHING and just one fuck-up can cancel out years of hard work. So ignore your accountant and only take on a job if you’re almost certain you can deliver.

Utter crap. Honestly, aren’t you sick fed up with this hustle culture we have going on? Tell me, did you really start your own business so you could wind up working 80 hours a week?

And if anyone tells you that’s just what you have to do to build a successful business they’re either:

For most of us, working 80 hours a week is a quick route to burnout, a knackered immune system, and inferior work. So as soon as you start thinking that it’s okay ‘just this once’ to work 7 days without a break or to skip that day you’d booked off to spend time with your partner, STOP.

Photo by Will Porada on Unsplash

It really is okay to say ‘no’ to preserve your health and to make sure you’re getting the downtime and the rest that you need.

And if your bank balance really is pushing you to say yes to absolutely every job that comes your way, have a think about raising your prices or implementing a waiting list. Decent clients who value your skills will be happy to wait a little longer, pay a little extra, or both.

‘This one’s going to be trouble, I can just feel it’.

I’ve had this gut reaction a few times when a new client comes a-knocking and do you know, I’m always bloody right.

And it’s not because I’m some sort of clairvoyant — nope, it’s because every single one of them has been waving a little red flag.

You know what I’m talking about. Maybe they’re seriously low-balling you right from the start. Maybe they’re demanding an immediate response to emails. Maybe you’ve only just started and they’re already getting in there with the scope-creep. Maybe they’re just a teensy bit rude…whatever it is, it’s got ‘arsehole’ written all over it.

If you’ve already exchanged contracts with such a creature, you have my sympathies and my sincerest hopes that I’m just being a cynical old git.

But if you’re still on the fence about whether you should listen to your gut and say ‘no’ to a Red Flag client, let me reassure you that it’s okay to walk away.

You’ll free up your time to say ‘yes’ to the genuinely lovely people that are out there just waiting for you to work your magic for them and, more importantly, you’ll preserve your sanity. Because there’s nothing worse than working with someone who doesn’t respect your time, your skill or your work processes. Your work will suffer and you’ll end up so stressed that you blow the entire project fee on gin anyway.

That’s the thing about being self-employed — in the beginning, every potential new project feels like it might be the one that’ll make or break your business. It never is. And every time you reject a project because it isn’t the right fit or it isn’t the right time, you’re leaving yourself open to saying ‘yes’ to something incredible right around the corner.

Baring all: should you get personal in your business content.